It has been said that, since the fall of the Roman Empire, no world power has been faced with so great a need to conquer and hold a vast new territory as the Spanish in the New World.

It has been said that, since the fall of the Roman Empire, no world power has been faced with so great a need to conquer and hold a vast new territory as the Spanish in the New World.

The Guale Indians living at Mission Santa Catalina and elsewhere along the Georgia coast were among the first indigenous peoples met by Europeans exploring north of Mexico. In 1526, the Spanish made brief contact with this Muskhogean-speaking group, and the French encountered them in 1562–1563. Then, beginning in 1566, the Guale were exposed to a long, intensive period of Spanish colonization.

By 1680, the gradual withdrawal of the Spanish to the south and the correlative southward expansion of the British Carolina colony prompted relocation and reorganization of the vastly reduced Guale population.

St. Catherines Island may (or may not) have been an important settlement during the earliest phase of European contact, but there is no doubt that an important Guale town existed there by at least 1576. Spanish mission efforts were minimal at this point; the year 1584 found only four Franciscan friars throughout all of La Florida, and they spent their time ministering to Spanish needs at St. Augustine in Florida and its sister city of Santa Elena, South Carolina, with little time for missionizing the Guale in Georgia.

The Spanish named the Guale Indians for the chiefdom centered at their principal town on St. Catherines Island; the associated Franciscan mission eventually became known as Santa Catalina de Guale. By 1597, a decade after the abandonment of Santa Elena, 14 friars were stationed in La Florida, and several of these arrived in Guale. That year, the Indians of Guale staged a major revolt that partly played out on St. Catherines Island. The uprising once thought to have distinctly nativistic overtones due to the killings of two friars on St. Catherines is now thought to have resulted from a rivalry between competing chiefdoms, with the friars caught in the middle. These friars are currently up for sainthood in the Vatican through the Cause of the Georgia Martyrs.

For a time, the missions were abandoned, but were resettled in the early 17th century. Spanish hegemony remained unchallenged until 1670, with the English establishment of Charles Towne, South Carolina and brought down a slave raid to St. Catherines, the northernmost outpost of the Spanish Empire on the east coast of North America. 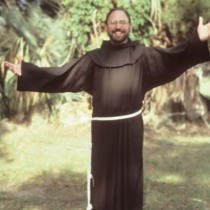 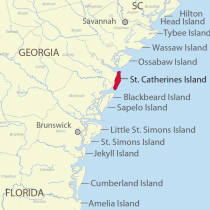 Spanish missions on the barrier islands of coastal Georgia became the first victims in the so-called conflict over the “debatable land.” After the Spanish launched an unsuccessful expedition to attack and destroy Charles Towne, which was the southernmost British settlement, the British retaliated with force, steadily pushing down the coast and across the interior toward the Mississippi River.

In 1680, the British forces attacked the fortified mission at Santa Catalina, which was defended by a small and hastily organized band of Spaniards and Guale Indians. Although the Guale successfully held off the invaders, they were horrified by the attack, and St. Catherines Island was soon abandoned. British travelers in 1687 and 1738 described the ruins of Santa Catalina, but the mission site was “lost” soon thereafter.

Three hundred years after Santa Catalina disappeared, a team of archaeologists from the American Museum of Natural History spent five years finding Mission Santa Catalina de Guale, Georgia’s most important Spanish settlement. Based on 10 years of controlled survey sampling, archaeologists knew that 16th- and 17th-century Spanish-period ceramics occurred at only five of the 135 surveyed archaeological sites, clustered along the western marshes of the island. They continued narrowing down the search area through a series of remote-sensing techniques, hitting the mission well with their first test pit! But, it took another two decades of excavations to unearth the structure of the mission and the 2 million artifacts contained therein. 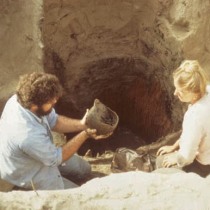 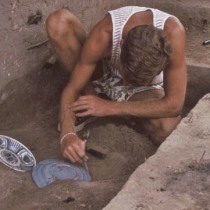 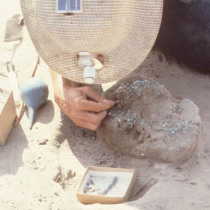 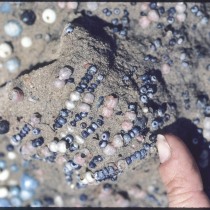 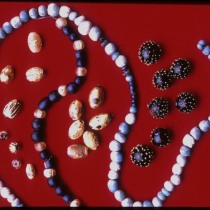 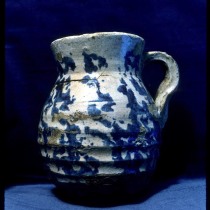 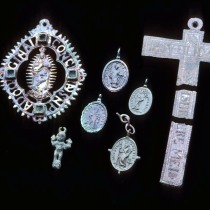 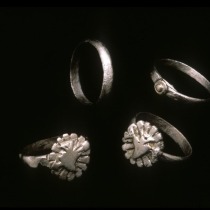 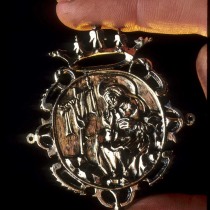 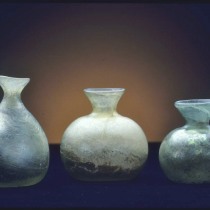 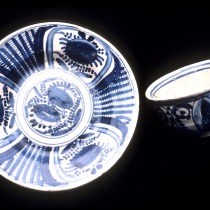 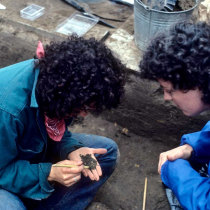 Excavations at the mission ceased in 2000, though rapid erosion of the western scarp of the island, which had been a stable surface for the past 5000 years, caused concern among archaeologists and climate change scientists. At the current unprecedented rate of erosion, this significant settlement with the oldest Catholic church in North America may disappear in fewer than 100 years.

Mission Santa Catalina de Guale, one of many founded in the 16th century, consisted of a central group of structures including a church (iglesia, 1) , a residence (convento, 4), and a communal kitchen (cocina, 2), laid out along a rigid grid pattern. Excavations at the site revealed the layout of the sacred compound, consisting of a rectangular plaza flanked by the mission church and the friary.

Inside the convento were the refectory, cells, offices, and workshops. The kitchen and granary were separate buildings. Since 2000, excavations have partially unearthed the pueblo, or native village, adjacent to the mission. It seems likely that housing in the pueblo at Santa Catalina consisted of rectangular buildings, perhaps separated by streets. 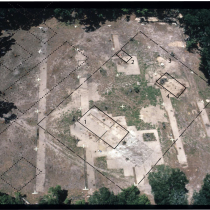 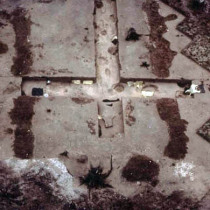 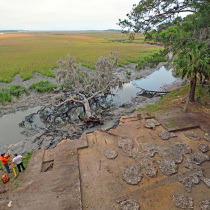